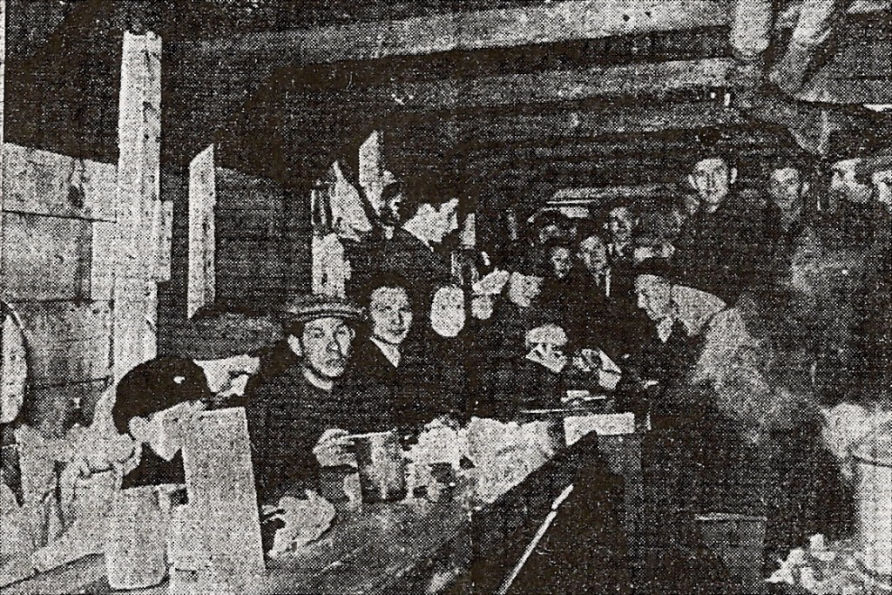 Much was written about the Walnut voyage. Stories, letters, and newspaper articles appeared in multiple countries.

The English translations of the following original newspaper articles are not a verbatim exact duplication of the Estonian text, but rather a very close English version of the original.  Note also, that translated newspaper articles from various sources appeared both shortly before and after the Walnut voyage. Many news articles contain factual inaccuracies, but are presented herein as published and written by their authors. 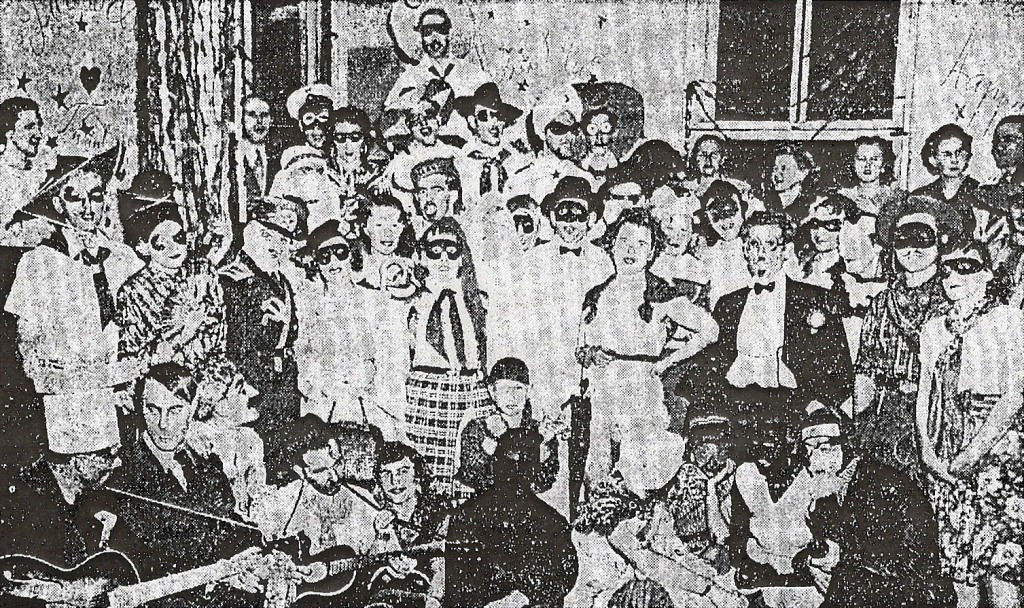 The large group of displaced persons, now quartered at the Rock Head detention hospital, started the new year far from the dangers from which they had fled, and this was one of the reasons that they gave a joyous welcome to 1949. Mostly Estonians, but with other European nations also represented, the group, came to Canada on the former minesweeper "Walnut". They staged a costume ball at the Rock Head institution on New Year's Eve, and showed real ingenuity in devising effective costumes, as the picture proves. 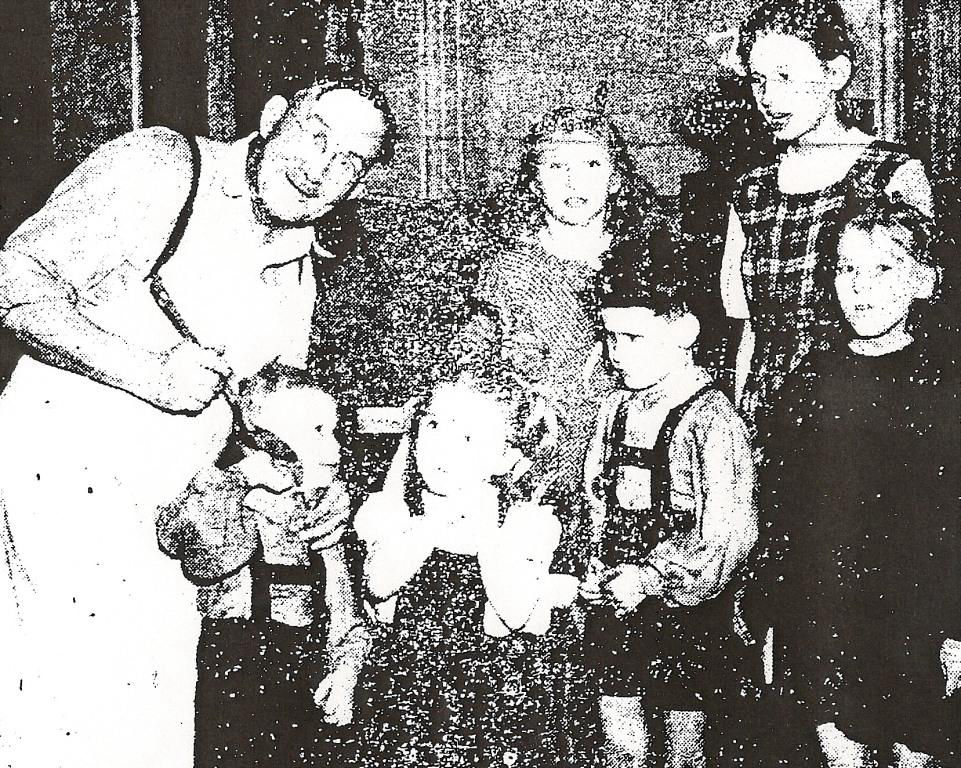 Benjamin Lambert, chef in charge of the kitchen at the Immigration's detention quarters at Rock Head, is shown giving some of his little Estonian friends a "pre-view" of the menu that lies ahead for them at the next meal. Mr. Lambert is a great favourite with the nearly 250 DP's quartered at the institution and is especially popular with the children in whom he takes a warm, personal interest. A native of Newfoundland, he saw service in the Royal Navy and Merchant Navy in two wars and survived a torpedoing. 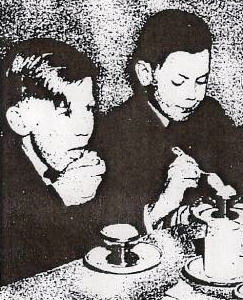 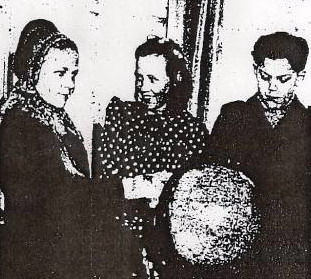 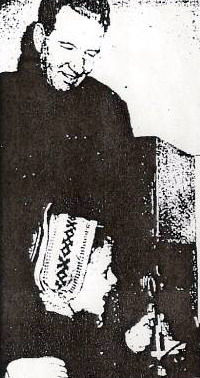 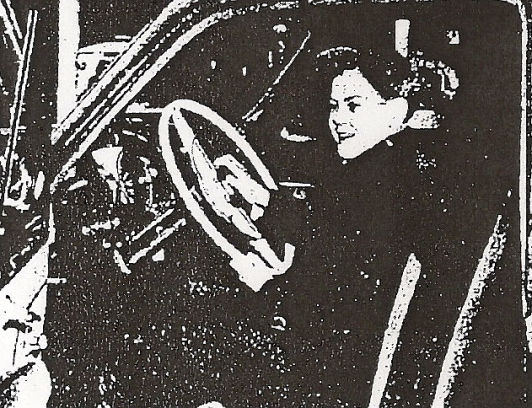 Enn Saumets tries out a 1949 deluxe model car in Scarborough. 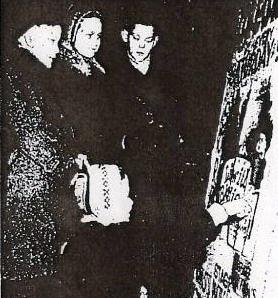 The rusty, little minesweeper Walnut, her role forgotten except maybe by those who sailed her on her last voyage, sank slowly yesterday at her Windmill Pier berth, on the Dartmouth side of Halifax Harbor.

Scuttled by vandals who removed her seacocks while stripping her brass fittings, the former Royal Navy warship is now resting in 20 feet of water, her stubby prow pointed skyward on a 45 degree angle.

Haligonians can well remember the December day in 1948 when the little vessel steamed into Halifax Harbor with her cargo of humanity.

In living quarters originally designed for 14 men were 347 refugees from Gothenburg, Sweden. The majority were Estonians who had picked Sweden as a haven from Communism.

Their three-week, stormy Atlantic crossing was one of hardship. They told newsmen on arrival here of seasickness, hunger and much suffering.

A month later, after her occupants were accepted into Canada as political refugees, the Walnut was put on the block by 50 D.P.'s who co-operatively owned her. There were, however, no offers to purchase the little ship.

Royal Canadian Mounted Police officers of the Dartmouth detachment are investigating the incident, but no arrests have been made.

Besides flooding her holds, lifeboats were torn from their davits, life-rafts were set adrift, and rigging was ripped away when she settled to the bottom. 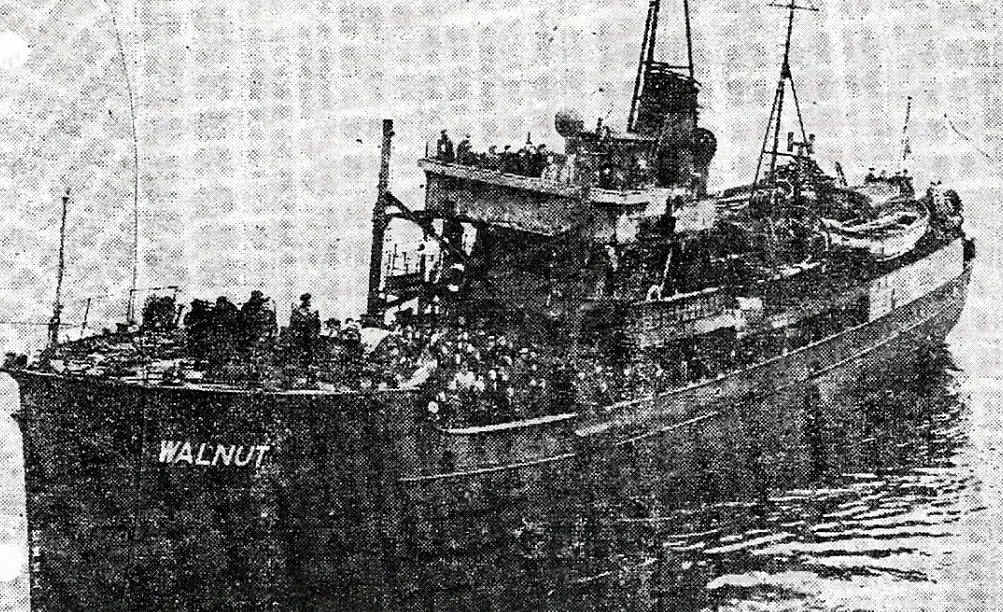 The former Royal Navy minesweeper Walnut is shown above as she looked when she brought 347 refugees to the port of Halifax from Sweden one cold December day two years ago. The ship, owned co-operatively by 50 of the D.P.'s who sailed on her during the three-week, stormy Atlantic crossing, was scuttled yesterday by vandals, whom R.C.M.P. officers claimed opened her sea cocks while stripping her of movable brass fittings. She is now submerged at the stern in 20 feet of water at her berth at Windmill pier, Dartmouth.