Vivi Laaneorg’s family story is very similar to all of those escaping from their homeland. Vivi, sixteen, was onboard the Walnut with her mother Ida, and four brothers:  Arvo, Karl, Paavo and Raivo.

Originally from Hiiumaa, the family first fled Estonia in an overcrowded fishing boat to Sweden in October of 1944. They had settled in Sweden and Vivi’s father had found work on a Swedish farm. Tragically, he had been killed in a farm accident. The Swedish farmer, however, had the foresight to provide his workers with insurance and Vivi’s mother Ida was fortunate enough to receive benefits for his tragic death. Although a smaller amount, she took her insurance payment as a lump sum.

Her father’s tragic death, Vivi explains, is the reason the widow and five of her children could afford the passage on the Walnut. 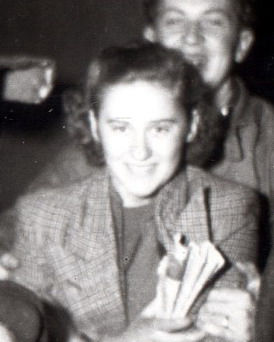 Sixteen year-old Vivi aboard the Walnut. 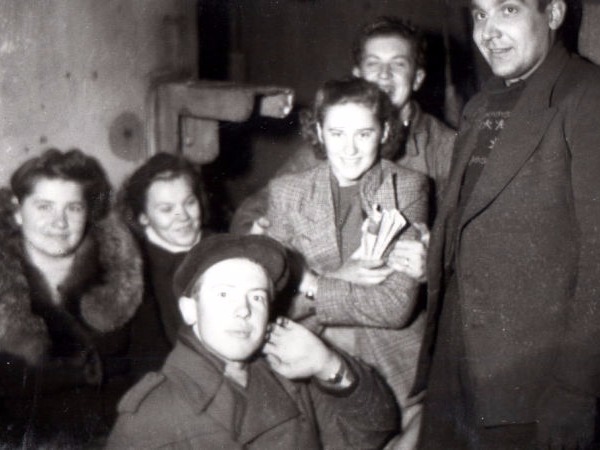 Below deck with other passengers. 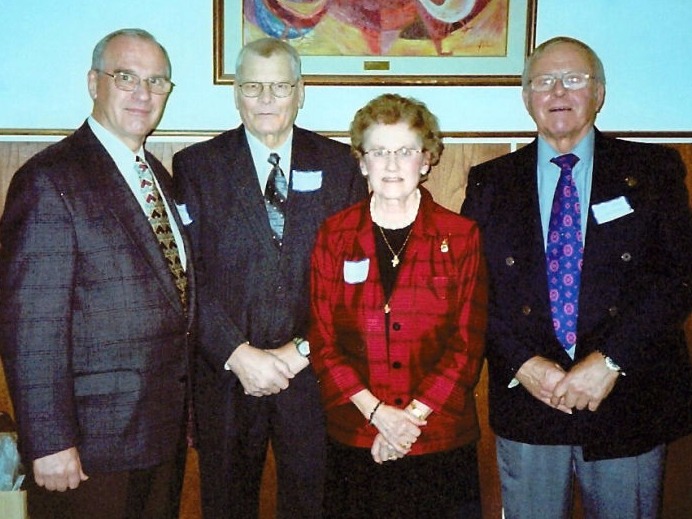 Vivi and her brothers at the 60th Walnut Reunion.   From the left: Raivo Laaneorg, Paavo Laaneorg, Vivi Kivi, and Karl Lane (Laaneorg).