Interview conducted by Tiiu Roiser in March of 2009 in Toronto, Ontario.

Koidula Roiser was 25 years old when she and her husband made their way across the sea aboard the Walnut in 1949. This was her second escape by boat — having left her homeland of Estonia just a mere four years ago on a tiny 12 foot vessel.  In September of 1944, at the age of 20, Koidula, her husband, and three others had set out from the shores of Estonia towards Sweden. Her mother had at first decided not to join them but later changed her mind. She was too fearful of mentioning her change of heart and as a result, was left behind in Estonia. Koidula watched her mother’s figure standing on the shore fade into the distance as the ocean and the hope of a new beginning came between them.

Many such small boats were making their escape from Estonia. Her journey was filled with peril — at one point, the sea became rough and the little boat rocked between seven foot waves.  The rough seas forced them to make many stops along beaches and islands along the way. At one such stop, their boat happened to turn around and was facing the shore. Just at that moment two low flying airplanes approached them. One plane dipped low to have a look and passed overhead. Koidula thought these were friendly and stood up in the boat and waved at them. As the plane flew by, she saw that it was a Russian plane. The other plane flew over towards a larger boat and dropped two bombs. Luckily the bombs missed, but the boat was left rocking violently. Why did they not shoot Koidula's boat? Because they had been facing the shore and waving towards the plane? Or was it God's care?

So as not to be seen, the small group now traveled at night. This time the sea was very quiet and calm and a full moon shone from the waterline. Ten days after their journey began, they arrived on the shore of Sweden .

Koidula sat for some time on the beach and watched boat upon boat of refugees arriving across the sea to Sweden. Russian planes neared the Swedish shoreline and shot at the escapees. The Swedish army watched and offered assistance to boats that looked too full or seemed in jeopardy.

After four years of safe haven in Sweden, Koidula and her husband Eduard came to the realization that they still were not safe. The Russians were still too close and demanding back those whom they decided were their citizens.  They decided to risk taking another voyage — this time across a much larger sea. 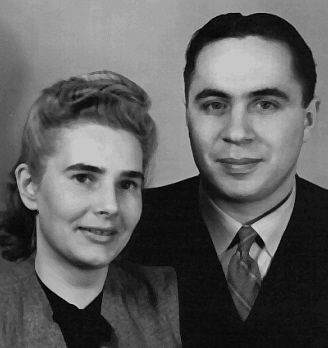 If browser doesn't automatically download, watch video at YouTube.
The music used in the  Koidula Roiser video is © by Jimmy Gelhaar:  "Grasping Whispers";  Song For Francis"; and "Tears of the Forest".
All music made available through the JimmyG.us website at: http://www.jimmyg.us  - Licensed under Creative Commons "Attribution 3.0"