The 30th reunion of the Walnut passengers took place on October 27th, 1978, in the middle hall of the Toronto Estonian House. The space was tight - in attendance were over 150 participants.

Organized by J. Saarniit, he noted in his speech that there had been 347 individuals on the ship, all arriving in Canada illegally.  The youngest passenger was one and the oldest 80.  From the Walnut family, 300 came to live in Toronto.  When one individual had been asked by immigration why he had brought with him so many old tools, he had answered:  "These tools have previously earned money and will do so again, since they are like an old Stradivarius violin."   Saarniit further stated:  "Time has changed us during the last 30 years, both internally and externally.  Have we gotten smarter?  If not, at least so much that if we need to voyage again, then at least not against the wind."

Saarniit thanked all who helped to organize the event, especially Nelly and Vello Hubel.  A moment of silence was given for those passengers who had passed away - included among them was Captain August Linde. 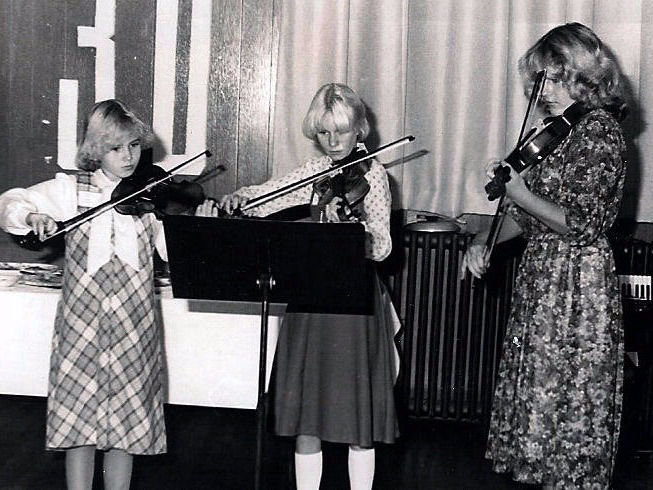 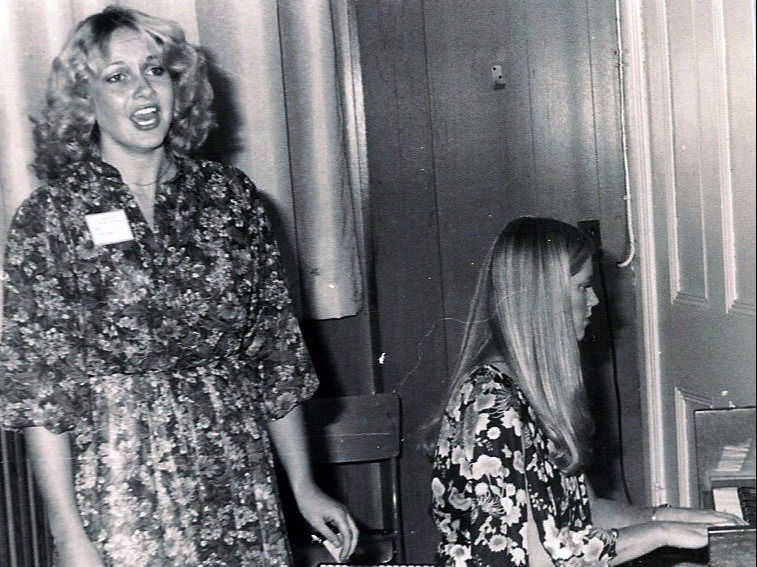 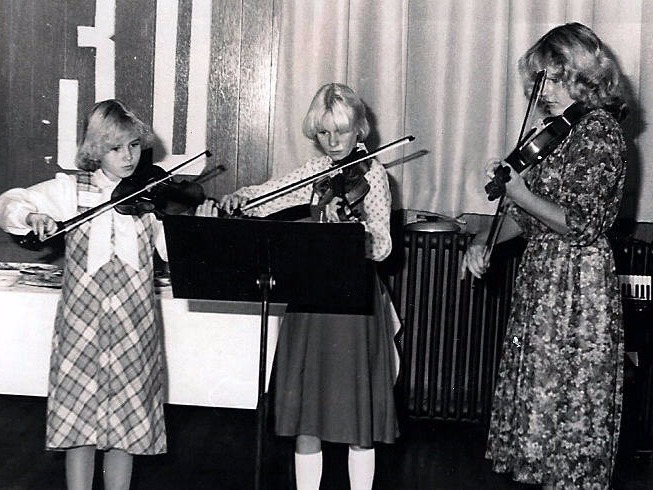 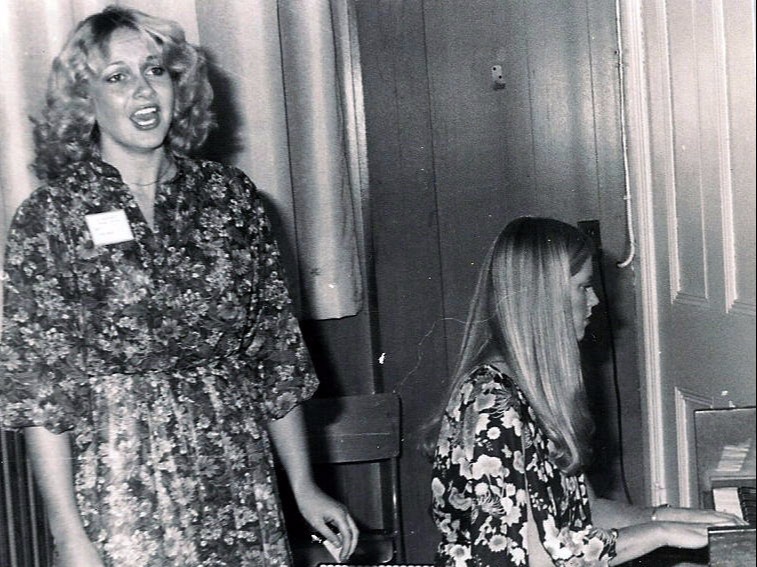 Above:  Hubel daughters and Evelyn Valge -- all offspring of Walnut passengers --  perform at the reunion dinner.

Many family members of passengers entertained the guests with recollections of the journey, including song and poetry presentations.  One of the evening's most interesting events was the auction of the S/S Walnut life preserver ring.  The life ring had been in Montreal for the last 30 years in the care of an Estonian.  This had now been sent to Toronto and sold to the highest bidder for $250 who turned out to be artist Mati Saarniit.

Read the article written for the 30th reunion by J. Saarniit:

Translated into English (part of the Voyage story) or Original article in Estonian.

Do you have any photographs of the 30th reunion?
Please contact us to donate them to our site.